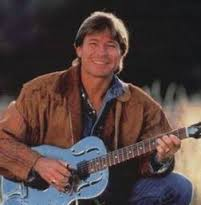 When I was studying writing, I was told that true literature had to be involved in a cause that somehow exposed the dark underbelly of the human condition. Writers were warriors, their pens mightier than any sword, holding a heedless society to the reality of its own injustice.

Maybe I shouldn't have giggled.

The truth of it is that I think I do more good when I feel good about the world, and I'm in a good mood. I think there are a lot of people like me - shallow, cheerful folk whistling "Rocky Mountain High" off-key. I write for them

And I don't like villains, so I don't write about them. Sure, there are people who do things that aren't nice, but they appear and depart quite quickly. There's the school of thought that one of the best characters a writer can have is a 'villian you love to hate'.

I don't enjoy hating anyone.

Yes, the world has problems. I've experienced quite a few of them myself, and have met people who were truly villainous.

But I write to entertain, and true horror is not entertaining. True villainy is not something to peruse on a Saturday evening in one's recliner.

And perhaps - I hope - that the truth is that most people are really pretty nice, and they deserve to have access to stories about...

Well, about people like them.
Posted by Andrew at 12:23 AM