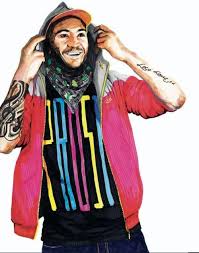 Many Christians wear bracelets inscribed WWJD - what would Jesus do?

They're intended both as an inspiration and a reminder, that there is a role model that's worth emulating in daily life. (Of course, for some the bracelet's mostly really cool jewelry.)

I think that sometimes that acronym's getting a bit ahead of things, though. It's all very well to participate in the thought experiment of WWJD, but it's also important to realize that it IS a thought experiment, dealing with a hypothetical Jesus.

And this postulated Jesus performs for us in our imagination, doing what we think He'd do, as an example for us.

Think that's harsh? How many times did your thought-Jesus have you do something you really, really didn't want to do?

When we think of what Jesus would did, we allow ourselves to hide from something that might be quite uncomfortable...what He did do.

Let's start with something really simple. Jesus drank wine. He didn't drink grape juice. He didn't drink water. Neither of those were a realistic choice in a hot climate with no refrigeration and scare supplies of any potable liquids. (If you're in a thought experiment mood, put out a bottle of grape juice and drink some every day, to see how long you'll be able to stand it. No, on second, thought, please don't.)

Under the banner of WWJD, many Christians refuse to touch alcohol, to the point where it's almost a shibboleth that "Christians don't drink". Some take it further; the TV preacher Andrew Womack has repeatedly said that he lives a holier life than over 99% of us, partly because he doesn't drink.

And that holiness, that definition of Christianity, is make-believe. The Bible certainly recognizes the dangers of drunkenness; look at Noah. What Jesus did do, as an example for us, is drink in moderation. Period. End of story. (Of course, you don't have to drink, if you don't like wine or are afraid you like it too much...we have other alternatives. But what you do have to do is recognize that abstaining from alcohol doesn't make you a 'better' Christian.)

Now let's try something hard. Jesus forgave the folks who tortured Him to death. When faced with, say, a family feud that's lasted for years, we're often moved by WWJD to extend the olive branch, to meet the conflict "halfway".

The commonly given excuse (sorry, no other word's appropriate) is that forgiveness is a two-way street, that we can't forgive Cousin Rachel unless Cousin Rachel is willing to apologize. Therefore, when she doesn't, we feel justified in keeping the dark evil little flame of resentment warming the ancient lizard-brain buried under the veneer of Christianity.

Forgiveness is not a two-way street. Walking arm-in-arm into the Hallmark Hall Of Fame sunset is, and maybe you and Cousin Rachel will never get that far. But forgiveness, and setting aside, now and forever, the anger that's rotting your soul is what you can do, and it's what you're required to do, as the basic entry fee into the Christian life.

Because it's what Jesus did.