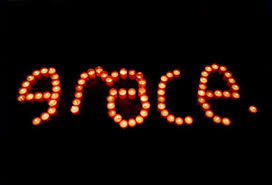 I think it was Robert Louis Stevenson who asked for the grace to see ourselves as others see us.

It's surely the way that calls us to our best, but sometimes  it can be breathtaking - it can knock the wind from you.

Recently, I had just that opportunity.

My God. Is that really me? Unfortunately, yes.

It was the redefinition of where I was, and the knowledge that there was nowhere to go but up, and it would be a steep climb.

It's hard to start climbing. It's even tempting not to bother. But that really isn't an option, because life does go on, whether you want it to or not, and even a decision to give up is still a decision to move. You can never really be static.

It's self-serving to give the process honor, or even a great deal of meaning. It's just what you have to do.

There's no end result. There is, I hope, a perceptible lightening of the darkness, but even that isn't guaranteed. The only thing that is certain is that the next step is necessary, and that it isn't sufficient.

Seeing ourselves as others see us. The grace of humility