Friends of the Internet Age 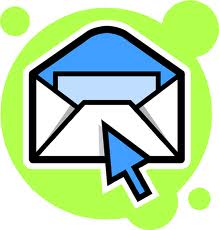 I'm not sure if I like the Internet Age, after all.

It's absolute hell on friendship, for one thing.

For much of my life friendships formed tended to be friendships kept. Even when schooling and job changes forced moves, we kept in touch by writing letters, and the relationships thrived.

Until email. It's so easy, so convenient...and so forgettable. They're all gone, now, the friendships that transitioned from the voice and the pen to the pixel.

It doesn't seem logical that email is so completely unsuited to the maintenance of friendship. It can have the gravitas of a letter, and the immediacy of a phone call. What's missing?

In a word, commitment. To write a letter, you devote a piece of paper, and an envelope, and a stamp, and your time. You have to plan what you're going to write, because cross-outs look silly. It needs thought, and in that thought you appear on the page.

Email isn't like that. You can compose it in the email window itself, or in Word, and then paste it...but it's the same thing. You can do it quickly, make corrections on the fly, and send it without a thought.

Do you remember the small thrill when you sent a letter, dropped it in the mailbox? Do you get the same feeling from hitting 'send'?

When we wrote letters, there was always something to say, and a cartoon to draw to emphasize a point.

Of course, you can attach a cartoon now. You can choose from millions. Just not one you drew, especially for your friend.

I tried to keep the relationships alive through email. But you go long enough without a reply, and the massage is clear, even without an attached cartoon. Maybe I should have written a letter?

I did, actually, in some cases. But the time for pen and ink had passed.

It no longer matters, because I don't have any long-distance friends left. I've got the stationery and the envelopes and the paper and the stamps, but they're gathering dust.