On Being A Supportive Mate 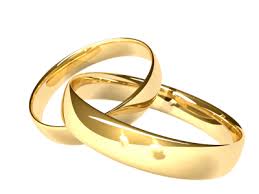 Are you a supportive spouse?

You probably said, Yes. Partly because you really are, but also because no one wants to think that they're failing in this most important parts of marriage.

Support isn't just cheerleading, and it isn't 'doing your job' in the household. It's having a degree of understanding.

A surprising number of couples live in significant ignorance of what their spouse is doing, thinking, and feeling on a daily basis. Their lives touch and intersect through the day, which provides grist for the conversational and emotional mill, but beyond that, many husbands and wives simply don't take the time to find out what makes their spouses tick.

It's puzzling, in a way, because it's a complete reversal of what happened during courtship. When we're dating, our beloved is the world to us, and we hang on every word, every thought they express. We fancy that we know them better than they know themselves, and this may be true.

But what happens after marriage? Was it all about the thrill of the chase, a pursuit to get the benefits of marriage? And now that the chase is over, we relax and enjoy the fruits of our labors? Or does life get in the way, and are we so filled with care that we no longer have time for the other person in our lives, who has become so familiar?

Or do we think we know all there is to know?

People change and grow, and our mates are no exception. We have the opportunity to grow with them, and most couples throw it away.

We're married, and we live alone, bereft of the deep support that could be there if we'd just try a little harder.

If this sounds familiar, and you want to change, it's easy. Just look, and listen. What does your wife read, before she goes to sleep? Pick up the book, and read through it - without judgment. If it's a romance novel, don't dismiss it as 'woman stuff'. It's becoming part of her heart and her soul, and the warmth and kindness that's so much a part of romance is what gentled your manly nature to fall in love.

What sort of movies would your husband watch, left to himself? Again, don't be dismissive of testosterone-fueled action flicks, because as crass as they seem to you they often carry a message of pride, steadfastness, and loyalty that speak to something deep inside him. Probably something that attracted you in the first place.

Listen to what your mate says, and pay attention to the remarks you'd previously ignored. Is there a loss of faith, a questioning of the religious beliefs that you once shared? It's not weakness - it's fear, and a cry for help to the only person nearby.

Or has faith grown, has your mate become immersed in Scripture, leaving you a little bit behind? He or she wants you to catch up, and the words they speak are a hand extended.

Why starve in the midst of the banquet set before you by your mate, and by the God who brought you together?
Posted by Andrew at 11:37 PM