Does Historical Fiction Need to be Accurate? 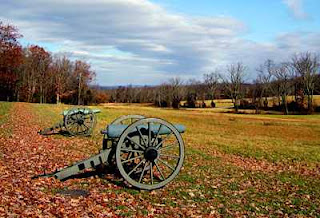 Here's one for the writers, and the readers.

A recent Facebook post by a literary agent asked whether, as a reader, one is bothered by errors in historical accuracy (in historical fiction) - for example, use of a weapon or chandelier six months before it would have been available, int he timeline of the story.

Personally, I feel that it's quite important. Historical fiction carries with it the responsibility to the period, and to the people that lived at the time. They generally no longer have a voice, so the author is their voice. To knowingly allow mistakes and inaccuracies does them a disservice.

There is so much information available, literally at one's fingertips, that mistakes really can't be justified - they're carelessness. The historical detail is important is setting a scene and ambiance, along with giving the characters an internally consistent world in which to live.

There are exceptions. An 'altenative history' plot may use an assumption that a technological advancement has taken place a bit earlier than it really did, for instance (I'm using that example because it's part of one of my works in progress). That's okay, in my book, as long as it's explained, and as long as the change doesn't wander into the realm of fantasy (in which case the work is really no longer historical fiction, but historical science fiction).

Another exception is sometime that might be essential to the plot, but about which not much is now known. A lot of they way people lived and did things in the past is now lost. An example, dating back only seventy years, is the way the Japanese Navy conducted operations with their aircraft carriers. Many writers assume that they operated pretty much as the American and British navies did - but that's not the case, and not much evidence now exists to say exactly how they did things. (This comes from Jonathan Parshall and Anthony Tully's book, Shattered Sword, a study of the 1942 Battle of Midway, written from the Japanese perspective.)

In a case like this, an author is justified in making a best guess. But where details aren't vital, and are only used to set the scene - a writer would be far better served to use facts that are known, and represent them accurately, rather than allowing known or easily knowable errors to appear.

Historical fiction is hard to write well, for this very reason. The amount of research needed is daunting. The rewards are great - look at Michael Shaara's Civil War trilogy, which truly brought the time, and the participants, to life.

What do you think? Important, somewhat important, or who cares, as long as the story's good?
Posted by Andrew at 12:30 AM