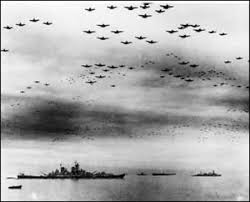 What to you do when you lose faith?

I suppose it happens to everyone, having a moment when all of Christianity seems so completely improbable, and feeling totally, completely lost.

The first time it happened to me, and also the last, was when I was eleven. I was playing right field on the local Little League team, and suddenly I had a vision of my life moving toward adulthood, middle age, old age, and ending in a cold grave, decaying on silk in a wooden box.

I almost ran off the field, but where was there to run?

Fortunately, one of the spectators was a Presbyterian minister. He saw that something had happened, and when I came in off the field at the close of the game he intercepted me.

"Want to get some ice cream?" he asked.

I said okay, but I didn't really care.

When we got to Baskin-Robbins, he sat me down and ordered for me. Then he asked what was wrong.

He had been a chaplain in the Navy, during the Second World War. He'd seen men killed by bombs, torpedoes, and the human missles called kamikaze. He'd gone through it all without a scratch.

Then came the planning for Operation Olympic, the invasion of Japan. It was going to be the bloodiest and most brutal campaign in the history of warfare.

"I was terrfied," he said. "But I couldn't show it, because the boys who I'd be ministering to depended on me. Their faith would only be as strong as mine, and they had to see that mine was strong. Not only know it. See it."

"In everything I did, every word I said, they had to see that I was serving a higher authority. And to do that I always had to put them first. When there was a work party, I'd pitch in and help until the job was done. I'd make the rounds in their billets, and offer to listen until there was no one left who wanted to talk. And I held Sunday service even if no one showed up."

"Once. I think they set me up, to see what I'd do." He smiled at the memory. "Whenever they tested me, whenever they shocked me, I told myself that they were going to be fed into a meat grinder. And I'd be there with them. If I couldn't pass their tests, how was I fit to die with them?"

"How did that help you from being scared?"

"I looked at dying as a privilege. Dying with my Marines was an honor, and I wanted to be able to live up to it." He looked at me seriously. "You're a good young man. You'll be a good marine one day, if you want to be. You've got the mark. If you're ever afraid, just remember this - there are thousands of Marines looking down on you right now, wondering if you'll measure up. If you make up your mind to live in a way that won't disappoint them, I think you won't be afraid any more."

He was right. Semper fi.

(Operation Olympic was unneeded after the atomic bombs were dropped on Hiroshima and Nagasaki. An estimated one million American, and five million Japanese lives were spared.