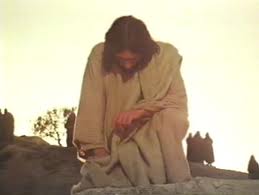 Innocents died today. Men, women, and children were killed by governments, by corporations, and by criminals.

Some were killed by neglect. No one cared, and they died alone.

Creatures precious to God were slaughtered. Some to test cosmetics, some so that people might have a new taste experience. Some, simply because they were in the way.

And many from neglect, because no one cared.

On Facebook this evening I saw a post - "We should aspire to see the world as Jesus sees it."

Be careful what you wish for, because it will break your heart.

And with all of this, in this vale of tears we inhabit - there are people who think, and preach, prosperity.

They think that God wants to 'prosper' His own. That you really deserve that six-bedroom colonial. After all, look what He did for Solomon! God wants you to be rich.

Yes, prosperity can be used in good ways, to ameliorate - in some small way - the agony all around us. I hope God helps with that.

But let there be no mistake - He sent His Son into a world where the poor begged, and were often passed by, by the religious leaders who claimed to do the work of the Almighty.

Lepers were treated with scorn, and blamed for their affliction.

He sent His Son into that world, and He sent Him there to be tortured to death, in the casual offhand way that so many had died before him, and so many would soon follow.

Do you really think that God cares about your Hawaiian vacation, or the big-screen TV you've sent up for prayer?

Or do you think that He's sitting on His throne, head down, elbows on His knees - hoping against hope that you'll hear what he's really saying, and care?

He's not Donald Trump, looking to adopt you and set you up for life.