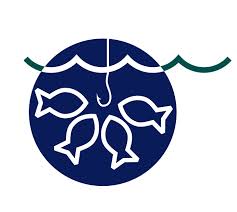 I recently saw a statistic from a missionary outreach done in the wake of the tornadoes in Tuscaloosa, Alabama a couple of years ago.

The team witnessed to over a thousand people, and 37 chose Christ.

It's wonderful for those people, but the numbers are a bit dismal. Coming in the wake of a disaster, perhaps they're not surprising, since people had a lot on their plate.

But maybe they should be surprising, because suddenly losing the security of one's life can cause people to turn to the Almighty, as the only real refuge. I don't know - I;m not a psychologist.

I think that one area where Christians tend to lose their audience is in 'consistency', both in terms of staying true to Christ's message, and in maintaining a consistent theme in what one's saying.

As an example - if you tell someone that if they don't accept Christ, they'll go to hell, you're making a crucial mistake.

You're judging, putting yourself into God's shoes. He's the final arbiter - not you. And He said, "Don't judge."

You may be thinking, well, that's what's both said and implied. Indeed it is, but Jesus also said that no one can get to Heaven on their own, but with God everything's possible. He judges, He decides. Not you, not me.

The Bible's not particularly user-friendly in this instance, and it's best to err on the side of caution. Instead of, "if you don';t do this you'll go to hell", why not say, "If you do this, you'll go to Heaven"? It's accurate, it's positive, and you won't have to answer questions like, "Does that mean the Dalai Lama is going to hell?"

The answer is that we simply don't know who's going where - except for ourselves. And we are meant to keep our eyes on our own salvation.

Staying consistent in one's own evangelism is helped by using language that's easy to understand, yet many people persist in couching their talk in the language of the King James Bible. Nothing wrong with the KGV, but it's simply not how people talk. Saying that you have to repent of your sin is accurate, but the choice of words is archaic, and it sends the message that religion is something that's apart from daily life. Likewise, "seek ye the kingdom". Maybe Billy Graham sounds like that at home, but he's about the only one.

You've also got to be consistent in what you say about the Bible as a whole. If you believe it's the literal and inerrant word of God, fine - but that immediately precludes treating something difficult, like Revelation, as symbolism. Once you open the door to interpretation, you've lost the 'literal' foundation - and it'll be better that you never even used it.

And, finally, "do what I say, not what I do" is a major no-no. If you're preaching the Christian life but you don't bother to live it, you lose every shred of credibility that you had. There are no excuses possible. If you can't back up the words with action in your own life, either try a different approach - or forget the whole thing, and give your service doing something other than evangelism.
Posted by Andrew at 12:30 AM