Reality Television - What Would Jesus Watch? 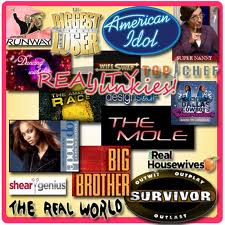 On the face of it, reality shows sound like a good idea - following real people with a television camera to see what 'normal' is like for people 'just like us', rather than the sanitized and exaggerated lives of characters in dramas and comedies.

Maybe that was the intention, but the reality of reality programming is quite different. To put it bluntly - many are freak shows, either about the very rich, or the very weird.

Some put ordinary people into extraordinary situations, like 'Survivor', pitting them against one another to form temporary alliances that will later be used to allow one individual to ascend to victory over the backs of the defeated.

And some - the best - are performance shows, giving amateurs the opportunity to compete for recognition, and a possible new career. (At their best...Jesus might like these.)

We, the erstwhile viewers, are invited to compare our lives to these, and either laugh (or cringe) in thankfulness that we're not like that, and don't even know people like that, or to giver a touch of envy that we don't have the effortless self-assurance of the wealthy or the chosen few of American Idol.

Perhaps the benefit of all this is to make viewers grateful for the lives they do have, but somehow I don't think so. It seems to be mostly about judgment - we're better than they are, or why do they have money and power while we don't?

When the final credits roll, somehow it all leaves a sour taste.

What are we, as Christians, really supposed to make of this? What would Jesus do, if He walked into your living room during an episode of 'Jersey Shore'?

I suspect He'd tell you, a bit sadly, to get on with your own life, and not take the judgement seat offered by the producers. When he said not to mention the dirt in your neighbor's eye until you got rid of the veritable plank in yours, He was saying, "Mind your own business."

It would be hard to hear, and would take away some of the color in our lives - because the unspoken message of reality programming is that your days have to be larger than life to be colorful, and that the daily round of paying bills and cleaning house, with no scandal and no intrigue, is really duller than dirt. We take in the false color of what's on the screen, and the process of comparison makes our lives a little brighter.

But it's only a reflection - and a crass commercial one at that.

Rather than being a dusty mirror for Honey Boo Boo, why not be a polished lens for Christ? Why not use the time doing what He's placed before you - spending time with your family, working on hobbies that lift your heart, reading stories (fiction or non) that move your heart and change your perspective.

But how can the Diary of Anne Frank compare with the Kardashians?

It compares, and shines, with the discipline of use. When you put aside the false and tawdry, and pick up the real, your days will suddenly feel low-wattage. But as time passes, your tastes, coarsened to the undercooked rump roast of  'Survivor', will begin to sharpen again, and you'll see a world aglow with God's glory and purpose.

It's like coming out of a movie theater. Your eyes adapt to the flickering screen in the dark, close auditorium, so that when you go outside you're blinded, and everything's a bright blur.

What you left behind was fake. The brightness hides the even brighter reality of the world God made.