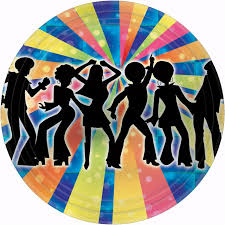 It used to be, that if you really needed help, your neighbors would start arriving in a steady stream, bringing soup, crackers, and relentless good cheer.

If you were a real jerk of a neighbor, you'd be told "You're a jerk, but you're our jerk."

If you were a private person with personal space needs about the size of Montana, your objections would be brushed aside.

(A really nice representation of how this still works in Hmong culture is found in Clint Eastwood's last film, the superb Gran Torino.)

Somewhere along the line, though wires got crossed. Personal boundaries became the 'in' thing, as did setting limits. Concern became prying, help became enabling. Pop psychiatry began its relentless march to power, and our society fragmented.

Why? My theory is that the changes that took place in Western society after the two great wars of the 20th century set the stage for a fundamental change - for the worse - in how we view ourselves, and those around us.

World War One, with its horrendous death toll in the trenches, produced what we remember as a 'lost geneeration' of writers - talented and influential young men and women who moved the the Left Bank of the Seine (le rive gauche), in Paris, and wrote about how patrician society had let down the world. It was true enough to tug the heartstrings, and simple enough to be adopted as a credo by young people in the late 20s and 30s. We read Stephen Ambrose, and think of the WW2 generation as being infused with patriotism, and something of a martial spirit - but that came after Pearl Harbor. In the 30s pacifism was popular, and America First was a very appealing watchword.

World War two brought about another kind of change. Women and minorities entered the military and industry in huge numbers, and there was no way they were going back to the prewar restrictions. It was a positive change, that let individuals, and our country, take advantage of the full human potential that had been largely wasted before - but it broke more bonds with the formal and structured life that had begun the century.

And in the 70s, the chickens came home to roost. People like Benjamin Spock, who'd come of age under the twin influences of the Great Wars, decided to change society by deconstructing what we had. Gone were the paternalistic, conservative values of respect for elders and authority, and to the fore came...

The ME generation began in the 70s, and it hasn't ended yet. Ahead of everything - courtesy, neighborliness, marriage vows, whatever, came individual preferences. Not rights - that was implied, that you had a right to anything you wanted. What you wanted was important.

And most young people - for this was aimed at the young - wanted personal freedom, and no personal responsibility.

They'd never get sick, so they'd never need chicken soup. And if their older neighbors got sick, well, "not my problem, dude - later!"

And we lost something precious, and I suspect we have no idea how to get it back.
Posted by Andrew at 12:30 AM