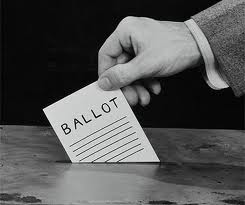 Well, the election's almost here. Still don't know who to vote for, for the presidency? Vote for ME! Just write my name in there...

I mean, why not? I'm a pretty decent person, and would rather see harmony than strife. I like animals, get bored by zealots, and think that pageantry, pomp and ceremony are a waste of time.I think people who want to take crosses off public lands are stupid nasty spoilsports...and I think those crosses should be joined by Stars of David and Islamic Crescents. This country needs to stand for the free practice of every religion...not just militant atheism.

I'd love to be able to say that the government which governs best, governs least. It's no longer possible, though, since there are entities in the media which will step into any vacuum and exercise proxy government by shamelessly manipulating public opinion. The Jeffersonian Ideal was great - in Jefferson's day. If we tried it today, the people who run Facebook and Google would be running the country.

I'd love to say I believe in the working harmony of the international community. Well, I don't. A lot of governments out there would love to see the United States diminished, and we just don't have to listen to them.

Enough generalities. If elected I promise to:


Ten reasons are really enough. Most voters choose their candidate on one or two issues.

But whoever you vote for, please get out and vote. Not everyone in the world gets to do that.