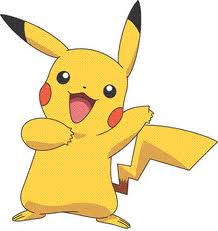 Seventy years ago, the United States fought the Empire of Japan for the control of the Pacific Hemisphere. We won.

That reminder, that "we won" isn't entirely facetious, because while the US has made the Second World War part of its cultural history, the Japanese have made a concerted - and relatively successful - effort to eradicate it from the national memory.

Part of the reason is rooted in the work Douglas MacArthur did in setting up an Occupation Government that would later transfer back to independence. MacArthur did not want militarism to come rising out of its unquiet grave. Putting it there the first time was costly to the US, and to the Japanese (who endured two atomic bombs before giving up).

Another part is cultural, and not completely accessible to the Western mind. Japan in the early 20th century took most of its cultural cues from Bushido, which roughly translates as "the way of the warrior". Bushido is, or was, a large part of the Japanese soul, but it changed with the times almost as a living thing, The version which led Japan to a war they could never win was popularized in the 20s and 30s, and has some significant differences from the version first codified under the title Hagakure in the late 18th century.

One very important distinction is that the savagery toward the enemy, and toward civilians in the crossfire was utterly banned by traditional Bushido. Another distinction is the Death Culture that was used to develop and deploy the kamikaze. While the individual Japanese soldier was supposed to be ever-ready to die, he was not supposed to simply kill himself, or attach into the teeth of a the American military simply to meet a good end on the field.

I think it's this that has caused a deep feeling of shame and revulsion among the Japanese who survived the War - as it should have. The result is that the memories have gone into a sturdy - and seldom-opened - box. Their presence in the front room of the Japanese soul has been taken by the vapidity of Pokemon and Hello Kitty.

It's understandable, and it's tragic. The shame is being buried, but so are the memories of strength and fortitude that should help any country when the chips are down. The kamikazes - "tokko boys" - were neither press-ganged nor brainwashed. The really believed that a victorious United States would ravage their home and families, and these young men meant to keep that from happening. The only weapon left, they were told (and it was true) was to embrace the fatal choice, and in their deaths make the price for invading the home islands so great that the enemy would just strike their tents and go home.

(What wasn't true was the supposition that Americans were barbarians. When our troops got to Japan, they were more interested in teaching kids how to play baseball than they were in looting and pillaging. Americans would have made lousy Vikings or Visigoths.)

It was a strategy which might have worked, too, but for the fertile mind of one Albert Einstein.

Can you imagine making this choice? It's part of our culture, too - the Alamo comes pretty close without the suicidal aspect, and the phrase "save the last bullet for yourself" covers that nicely. But we managed to avoid the perversion of the ideal. Japan, sadly, did not.

And so, Japan beats it swords into plowshares, and the War, likes its fast-dwindling number of surviving veterans, dwindles away to myth and legend.