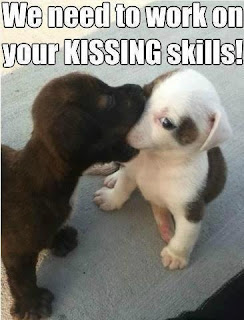 To begin - "romance" is a seven-letter word, and it does not begin with "s" nor does it end with "x".

Romance, in a marriage, is what reminds us of what we dreamed for the relationship. It's said that "men give love to get sex, and women give sex to get love".

Hogwash. Both men and women are affected deeply by the romantic underpinnings of a developing relationship. Men get weak-kneed at a whiff of their beloved's perfume, and it's not because the blood starts flowing somewhere else. They're taken by the romantic, by the emotional connection that promises to fulfill a need to deep for any psychologist to unearth.

The trouble is that after a few weeks of a shared bathroom and shared checkbook and "I didn't know she snored", romance begins to fade. It's not a question of "the hunt successfully completed" and the focus turning elsewhere - men want to be in love with their wives, but they begin to forget how to Keep the We. Men will start reverting to their 'single' way of thinking, and start looking for ways to spend time with their friends, watch sports, or spend Saturday loafing.

It's not entirely their fault (mostly, not entirely). Women will often move from a focus on the relationship to a focus on nest-building. A hug or cuddle will be interrupted by a request to have a look at color swatches, and weekends get programmed with what will soon be referred to as honey-do lists.

It doesn't have to be this way. A few simple things, if practiced, will help to keep the flower healthy and watered, and won't let it become a pressed rose, drying in grandfather's Bible. One of these is Date Night; here are some suggestions...


Your marriage is the most important relationship you'll have, and almost every religion sees it as a sacrament for God's love for us. Doesn't it make sense to do the maintenance, so the dream that we shared during those first hesitant steps together can become real?

What do you do in your marriage, to keep romance flourishing?