When A Spouse Loses Faith 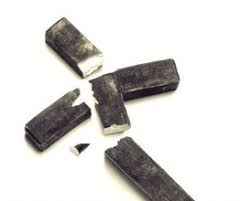 "I'm not sure I believe this stuff any more."

Chilling words, from anyone. All the more so when you hear them from your husband or wife.

You may hear them across the dinner table, or in an ER waiting room. They may come out in a choked sob, or be delivered with a grim frankness. And you will feel that your world has just changed, because it has.

A spouse's loss of faith is deadly serious. Recall Jesus' words...wherever two or more are gathered in My name, there I am in the midst of them.

For most people, faith is a struggle at times. We face things in life that we don't understand, that we can't square with a God that loves us, and we're battered through the media by a secular world that would like nothing more than to undercut any hope we have in the Eternal.

But sitting on the sofa with the person you love more than anyone in the world, and hearing that their faith has eroded, that faith that was the centerpiece of your wedding vows...it's a body blow.

Why does it happen? Inexplicable tragedy is the "popular" answer - how could God allow it, either on a personal level, or in the world at large. But more common is disillusionment - Christians who hide behind their "not perfect, just forgiven" bumper stickers to justify sin in their lives, PBS documentaries trumpeting evolution and discounting the existence of a soul, and very often that cold, 3 AM feeling that there's really nobody out there.

What to do?
In a perfect world, this is something you'll never deal with - even a "quiet" life offers enough challenges! But if it does, know that there are things you can do to help.

And remember, you promised to be there for better, or for worse.

Walk the walk. Even if you have to carry your mate's heart in your arms.
Posted by Andrew at 12:30 AM