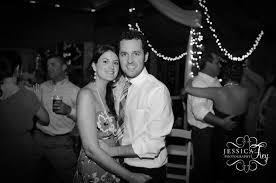 Do they still have Sadie Hawkins dances, where the women ask the men to dance?

They were fun, and different...somehow less predatory, more charming.

That innocence and charm translates well, when a woman asks a man for a date. It doesn't happen nearly often enough - and never happened to me - but it seems to be a way to fundamentally shift some of the characteristics that define relationships.

It's probably an open secret that men get tired of being in control, of always having to be the 'active party' in the early stages of a relationship. I know I did, and there were years where I just refused to date at all.

For those women who are single, or who have single friends, here are some thoughts on how to approach a man to ask for a date.
(If you get a "no, thanks", well...that happens, and it likely has nothing to do with you. He's committed, or gay, or about to deploy to Afghanistan. If he were free to accept, he would have. And if that happens, smile, say goodbye, and move on. And don't, whatever you do, approach someone else. Would you want to be someone's second choice? The common myth is that men aren't very observant. That's not always true.)

Being happily married, I'm pretty sure this is something I'll never experience. But if it's something you can and would like to try, rest assured...you'll enjoy the process more than you expect, and you'll make some lucky fellow's day.

And maybe his whole life.