Choosing a College - Faith on Campus 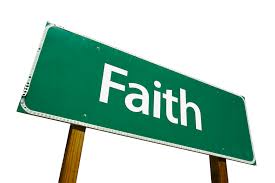 Going to college can be enriching, or it can be, literally, soul-searing. As in, if you so believe, training a child to "stand in the way of sinners, sit in the seat of the scornful" and so choose Hell over Heaven.

Public colleges can be particularly hostile to faith. They begin with a "First Amendment" mission that proscribes a state religion - which is as it should be. The United States was founded to allow freedom for all to practice what they believe.

But these people pervert the Establishment Clause to make atheism the official belief of the institution. When I went through the interview process for a teaching job, I learned - very quickly - that I should not mention religion, and that if I wanted a job I should laugh at the interviewer's jibes againt "Bible Thumpers". I was able to do the former, but as a devout Buddhist at the time I could not allow myself to disrespect my Christian brethren. Those jobs, I did not get, and I did not want.

This means that the people who are taching your child are either very private in their faith, or, ideally (from the administration's point of view), militant atheists.

If a believer mentions Christ in the classroom, he or she will be censured, and can be summarily fired. For the believing teacher, the working environment is generally very unpleasant, and one must learn to accept ridicule of one's Lord and Savior...or, if one chooses to speak out, personal ridicule and threats to one's livlihood. That's just the way it is.

On the other hand, an atheist who makes fun of faith in the classroom has no such concerns. These people take it upon themselves - and I have heard and seen this - to break the faith of young people, and make them face reality. Their version of reality.

It's not limited to the sciences, where Evolutionists hold sway. English teachers, whose courses are required for incoming freshmen, will gleefully choose reading that advances their agenda.

Secular private schools are often no better. Under a banner of "intellectualism" they often take pride in the same sort of activities and attitudes. "A true intellectual can't be a Christian."

Faith-based colleges are, to my mind, the best place to go. Not only do they provide a soul-friendly environment, they tend to be accepting and welcoming to all faiths. A Buddhist as Southern Methodist will be treated with respect and diginity, while a Christian at UCLA will be made to feel like an idiot.

If the choice has to be a public or secular school, it's important for the religiously active freshman to make contacts with a local church ahead of time. The local congregations know the score, and they provide a haven that's vitally necessary.

It's important for the agnostic freshman, as well. Think about this, as you decide...because your chiuld will be proseletyzed. Do you want her, or him, to be in the hands of someone who will do their best to destroy the potential for the faith which may see them through some of life's dark hours?

"Raise a child in the right way, so he or she stays with it through life." As a parent, this is your responsibility.

Because they are still children. YOUR CHILDREN.
Posted by Andrew at 12:46 AM