A Place Not Worth Visiting 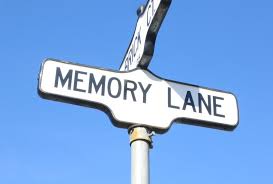 I recently discovered another use for the Internet...I looked up some of the names of places that were familiar to me in childhood, in the city in which I grew up.

Bowling alleys, pool halls, stores, restaurants...it was surprising how many of them were no longer extant, but were mentioned in several websites devoted to preserving the flavor of the place as it was.

For a little while, the past came alive, in a haunted, melancholy way. The bowling alley where my team won the city championship is a fading memory. You can buy one of the matchbooks they gave out...on eBay, as a curiousity.

Another of the alleys closed, but quickly reopened under new management, with all sorts of special effects...carbon-dioxide fog while bowling. Who would have thought? And the telephone number was the same...it tickled a memory of dialup phones, and reserving a pair of lanes.

A miniature golf course is now the site of a large house, but it was gratifying to learn that others remembered it with fondness. The delight of the eight-year-old I used to be.

A local fast-food place that made the best French Fries I ever had...which employed the most beautiful woman I never asked out.

The city is changed beyond recognition. I last visited in 1995, and I had no intention of ever going back, but thanks to this medium, unimagined when I came of age, I was able to walk the vanished streets again, and to hear the voices of friends now scattered, now dead.

And what does it all mean?

Nothing. Not a blessed thing. All of the memories are just so much smoke, all the visions in my mind's eye, reflections in so many thrift-store mirrors.

Henry Ford once said that history is bunk. I wouldn't say that.

But I would say that personal reminiscing is a waste of time. Those days are finished. I have faith that what was good, will somehow be preserved, and I hope that what was bad will be forgotten.

Today is what counts. Today, beholden to dreams of tomorrow, not manacled to a dead past.

Maybe I am what my past has shaped. But tomorrow is formed by me, today.

I'm greedy. I will not share it with my yesterdays.
Posted by Andrew at 12:14 AM