How To Kill A Marriage 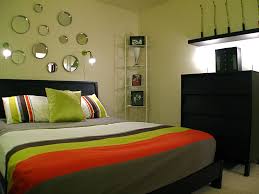 Recently a fellow I know was bemoaning the fact that while his wife worked normal office hours, he worked rotating shifts - first and second - and that part of the time neither of them got a very good night's sleep. Either he was coming in late when his wife was already in bed, and usually asleep - or she was getting up in the middle of his "night".

The well-meaning advice he'd been given was simple - separate bedroom. They had the space, and by taking that step they could both enjoy good nights' sleeping, and not have the haze and irritation of fatigue hanging over their lives.

She's right to hate it, because it's a terrible idea, and one of the worst things you can do to a marriage. The custom of a husband and wife sleeping together does more than save space - it's both a symbolic and practical mutual support. You're literally there for your spouse. If you're feeling ill, you can shake him awake, just so you won't feel alone. You've got that right. If you have a nightmare, there's someone there to hold you until the shaking stops. Even if you're fifty.

And you have the shared small intimacies that play a disproportionate role in a relationship - warmth and smell and touch, the sound of breathing, the feeling of having someone in your "space".

Usually these arrangements don't work out - people miss each other enough to ask, "Why are we doing this?", and move back together.

But sometimes this doesn't happen. They stick it out, thinking it's better, reluctant to say, "I miss you, this is stupid!" And the relationship begins to lose the bits and pieces that are a large part of what made it worthwhile in the beginning.

"You can always call me if you need me there!" Cell phones are nice, but calling your spouse to say, "I'm lonely!"? Not very realistic. The lack of proximity carries a subliminal message, and the feeling that you don't want to be a bother looms large.

Sex? In marriage, sex is usually hard to schedule anyway, and virtually depends on familiarity and physical intimacy that's built over time. It's another victim.

And, finally, the pillow talk that's the object of comedians' humor is one of the prime ways we get to know what's going on in our spouses' hearts.  You can bare your soul in the quiet of a bedroom. You can't do the same thing while "The Voice" is on, and he's chatting with someone on Facebook. And you can't make an appointment for it.

Yes, I know that in centuries past, nobility had separate bedrooms as a matter of course. They also had a distinct problem with fidelity.