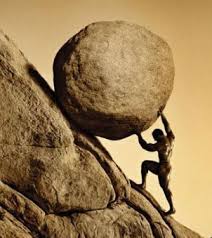 Recently a prominent televangelist had a guest on his program who claimed an "anointed prophetic vision" for 2013.

And he said this would all be available for those who sent a 'love gift' of $300. He could see a businessman picking up the phone to make an investment in his business, and a woman making the call to save her health.

The amount was divinely inspired...the '3' is a holy number, and the hundreds stood for...well, something. Perhaps the number of Spartans who died at Thermopylae, for all I know.

This sort of thing is so far from Jesus Christ that it beggars the imagination. Nowhere in the Gospels does Jesus get paid; indeed, He tells His disciples, at one pint, to get out on the road without anything but the clothes on their backs.

He tells a rich young man to sell everything he owns and give it to the poor before following Him.

And what does He promise? Earthly persecution, and eternal life. Not a better bottom line.

With pious phonies like that running their mouths in public, it's no wonder that a large proportion of the population are mistrustful of Christians. They claim to be anointed by God - and they subvert everything Jesus said. And for the most part, they've got the microphone.