The Part Of Love We Hate 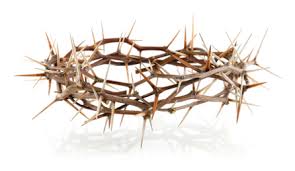 There are a lot of people who want to believe that they'd do just that, or that they're doing just that, except for one very small little tiny problem.

It's like, "Nail me to a Cross, torture me with whips and spears and crowns of thorns, humiliate me...but do you know what my brother said to me?"

Or it can be sneakier. "Well, she did that but it's okay, I've just written her off...I don't let it bother me any more."

"After all, he/she hasn't asked for forgiveness, so how am I supposed to forgive?"

How indeed. And it is a superficially valid argument...to rationalize being required to forgive when someone's asked for your forgiveness. After all, if someone says they're thirsty, you give them water. But if they don't, and you give them water anyway, it's kind of pointless, eh?

Trouble is, the analogy's flawed. Badly. Because we're all in need of forgiveness, and very few of us will honestly own up to it. We'll pay it lip service, sure..."Oh, Jesus, forgive my sins...". But most people, when they look in the moral mirror, think they look pretty good.

And the clincher is that inconvenient scene on the Cross. "Father, forgive them, because they don't know what they're doing."

And that means that someone who would call him- or herself a Christian, a follower of Christ, has to forgive. Regardless. Nothing held back. (And no taking the road that forgiveness mostly benefits the forgiver, by lowering internal stress, getting rid of negative energy, la-de-da. It doesn't matter what effect forgiveness has on you. You're just supposed to do it. Even if it kills you.)

If you don't, you're faking it. And you may be fooling your neighbor, but you're not fooling God.

(Just to be clear on two things...I don't call myself a Christian because I do have trouble with this. I believe Christ is the Son of God, was raised from the dead, died as a ransom to all...but to say I'm following Him would be a lie. I wish it were otherwise, and maybe one day it will be.)

(The second point is that forgiveness is not a Hallmark card. If you were molested as a child, you don't have to pretend it never happened, and invite the molester back into your life. You have the right to spend time and share space with people of your choice.)
Posted by Andrew at 12:30 AM