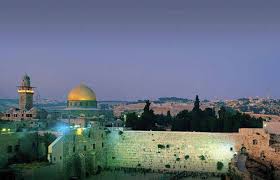 There's a whole lot of digging going on.

Biblical archaeologists are finding new stuff, seemingly every day, that prove that various parts of the Bible are true and accurate.

More power to them. It's nice to see.

But if this is seen as a justification for faith, something's seriously wrong somewhere.

The Bible, taken as a whole, is an incredibly complex and internally consistent document that tells the story of God's relationship with Man, both in the difficult early days of the Old Testament and then when God decided to change the rules by letting everybody play. Talk about clearing the bench.

It's so complex and "accurately intricate", with all of its parts fitting together like a good watch, that, given the very long development period and the state of the writing craft at the time, it's hard to see its origin as anything but Divine.

That said, I'm not so sure how much it matters, what's historical truth and what's allegory. Yes, I know that "God doesn't lie" and therefore everything has to be exactly true...but would you say that a writer who uses allegory lies?

For that matter, did Jesus lie when he used parables to illustrate a point?

Richard Bach once wrote that fictional characters can be more real than people with bodies and heartbeats. In the same way, a story that tells us about who we are can be more true than a reporting of the facts about what some other people did.

I'd love to see them dig up the Holy Grail.