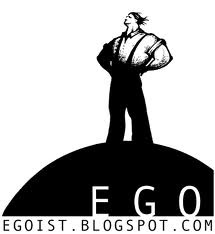 There is a good chance that somewhere in your life, there is a relationship that is slowly driving you crazy.

The other person is kind, loving, funny, caring...most of the time. The rest of the time you wonder why you're even there.

I'm not sure if there's a word for this sort of thing, so I'll just describe it - I'm talking about a relationship with a parson who has to find some way to put you down to feel better about him-or-herself.

Like a light that can only be measured by the amount of darkness around it, this person has a constant need for comparison. It may be direct, it may be indirect, but sooner or later you're used as the ego's punching bag.

And it can hurt.

Why do they do it? usually, it's because of a self-image that was damaged, not too badly, as a child. Their hurt is just sever enough to make them want to cover up the gaps in their own capabilities, and the easiest way is to ensure that they shine brighter than anyone around. Easiest way to be bright is to toss mud on everything around you.

Assuming that terminating the relationship is not something you want to do:

There's nothing easy about any of this, and it's really more a challenge for the ego-warrior than for you, because he or she will always have an unquenchable thirst, which can only be temporarily slaked with an almost vampire-like assault on another.

Your friend, or spouse, or sibling didn't ask to be this way - but the big question is one for you:

Can you offer a little bit of your blood, from time to time, as a sacrifice to keep them happy?

After all, someone did that for you, about two thousand years ago.
Posted by Andrew at 2:55 AM