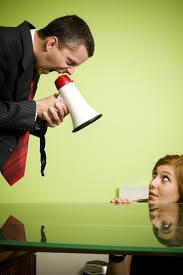 We are God's advertising executives. Sometimes I wonder if he should have hired another firm.

The job of spreading the Good news has been placed, deliberately, squarely on our shoulders. I suspect that a large part of the reason is that to be able to sell something, we have to be able to understand it, and have a passion for it. Imagine Hillary Clinton trying to sell Uzis, and I think you'll see my point.

The trouble is that so many of us really don't understand what Christianity is all about. We can quote chapter and verse, and pick out the most inspiring verses, delivering them in splendidly fluent English worthy of the Court of King James. For a fellow Christian, this wins accolades. For all too many people who are searching for a way to God, it falls flatter than a Stetson under a steamroller.

The whole point of the Gospel message is one of hope and love - that God so loved the world that He sent His only begotten...

This is precisely the problem. What's the solution? How can you reach people who are sincerely interested in knowing more, but whose jargon tolerance is on the low side of nonexistent?


God chose us to spread the word, I think, because the fragile vessels that we are make the best argument for Glory...that he would be willing to be one of us, to walk among His heartbreakingly stupid creations.