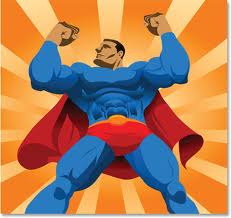 Funny thing about fictional heroes. They say more about us than they do about themselves.

I recently saw an older movie (1966) called "The Blue Max"; it's a film that is high on the list for anyone interested in historic aviation, as it has perhaps the best flying sequences ever filmed. But it says a lot in another area, as well. It addresses what was important in society, when it was made.

Briefly, "The Blue Max" is the story of one Bruno Stachel, a pilot in the German Air Force close to the end of WW1. A man of humble origins (among a largely aristocratic officer corps), Stachel is ruthlessly ambitious, determined to make a name for himself by shooting down 20 enemy airplanes. This would bring him Germany's highest award, a medal called the "Pour le Merite", and nicknamed "The Blue Max".

Aside from the flying, the movie's almost painful to watch. There's nothing remotely appealing about Stachel - he's a cold automaton, with an ego that fills the screen. It wouldn't be so bad it any of the other characters were sympathetic, but no. Stachel's 'competition' on his squadron, a more experienced pilot, is a snobbish cad. Stachel's sometime mistress, a countess, collects the attentions prominent pilots under the nose of her husband, a general (a crass, publicity-minded opportunist). The only person remotely likable is Stachel's squadron commander, a stiff martinet who talks a lot about chivalry; the lines he's given are intended to make him look outdated and ridiculous.

With no one to like, "The Blue Max" is a nice example of the anti-hero film that was so popular in the 60s and 70s, and which probably took root in James Dean's "Rebel Without A Cause". We tend to look on this time with some nostalgia, but if you consider the products of the culture, there was a malign cynicism at work.

The real hero is the man who recognizes it, and refuses to buy into the establishment mythos.

Never trust anyone over 30.

You can see it in other films of the time, as well..."Dog Day Afternoon", "Three Days of the Condor", and even "Butch Cassidy and the Sundance Kid".

Easy to see why there was a grim undertone to the movies we saw. (And note that I didn't even mention Viet Nam...the draftees' war that made young men feel that they were being herded into a war that their leaders refused to win, and one they refused to quit.)

Fast forward to today. The pendulum's swung back, and the films we see have heroes. The society we live in honors them. The 'Marvel Comics' films like "Iron Man" are a laughble, but still telling example. They wouldn't have been funded in the 60s.

We have another fairly unpopular war - Afghanistan. We have an economy that is, charitably, limping. We see the mention of Christ banned from the vocabulary of military chaplains, and a government that seems to defend the right of pornographers to openly assault our values.

What's changed? All I can think of is that maybe enough people bugged God about it, and He's seen that the time is right, now, to start building Hope again.

There are a LOT of complaints about how much we've lost, how far our culture's drifted from its moral roots...maybe true, but at least in movies, maybe, just maybe, we're drifting back.
Posted by Andrew at 4:23 AM