Shock and Awe With Dick and Jane 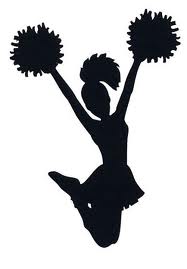 Marriage isn't easy. Take two people of different genders, with often widely divergent backgrounds and interests, glue them together with the contact cement of romance and hormones, and hope that the heat and pressure of daily life will create a lifelong bond.

Do you ever wonder at your audacity in risking it?

Since it's so hard, and so very important, there's no shortage of advice. Some is good. Some is harmless. Some of it's like using a gas can as a seat to watch the neighborhood kids set of fireworks.

One of the latter came from a TV preacher, heard today. He said that men crave respect - which is true - and that wives should have a sense of awe toward their husbands - and express it through frequent praise.

Took me a while to stop laughing.

Men, at close quarters, are not awe-inspiring. They are generally streets behind their wives in terms of emotional maturity, and usually never reach the level of emotional and spiritual commitment that women bring to the first week of matrimony.

A man's heart is typically torn between the woman he loves and the Big Diesel Pickup he saw parked at WalMart last Saturday. He'll be charming and attentive, but behind it there's usually an expected quid pro quo of either a special dinner or sex.

It's not that a man's love isn't genuine; it's just that it's filtered through an unstable atmosphere of testosterone, examples he had in childhood, and perceived social expectations which can result in a guy buying his wife an ironing board for her birthday - and thinking, truly, that he is being romantic and thoughtful.

Not awesome. Not close.

Asking a woman to be a cheerleader to a hyperannuated high school jock is, I would think, both somewhat insulting and ultimately harmful. Insulting because it's a suggestion to be, if not intellectually dishonest, at least mentally vapid.

Harmful because it'll eventually have to be false. There are praiseworthy things that every man does, and they deserve recognition, but forcing a woman into the role of an ego prop can damage her sense of self-worth - and if the praise starts to sound hollow, trust will be eroded. It's just words...but words are a big part of being 'all we have'.

So how do you show respect, in a way that's both honest and sustainable? It's pretty simple - let your husband be his own cheerleader.

Ask him how his day went, Ask him what he did in the workshop. You may not care about the '46 DeSoto that's been in pieces in your garage for the past ten years, but you care about him. Let him tell you about the wheel bearing he repacked. Learn about what he's doing, and ask informed questions.

That's really all there is to it. The time investment is minimal, the wear and tear on your integrity is no greater than trying to look alert during a boring Sunday Sermon, and by being a willing audience you'll be the person whose company he'll seek out above all others.

Isn't that why you're there?