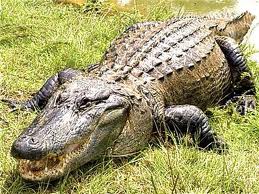 Do you remember Richard Bach?

If you're of a certain age. the first thought that probably comes to mind is "Jonathan Livingston Seagull", the slim novel about a philosophizing seabird bent on perfecting the technique of flight. If you're a bit younger, and you're lucky, you probably remember your parents talking about the book.

Of course, if you were unlucky, your parents joyously named you "Seagull".

Before the philosophy, though, Mr. Bach produced some of the loveliest, most lyrical books on flying ever published: Stranger To The Ground, Biplane,  and  Nothing By Chance. Few pilots from the 1960s and 70s haven't read at least one of them.

In many ways, Nothing By Chance is the most interesting to the non-pilot. It's the story of how Mr. Bach and two friends decided, in 1966, to see if they could survive for a summer as 'barnstormers', flying from town to town in the Midwest, selling rides in a 1929 open-cockpit biplane.

Many hungry days and two crashes later, they found out that yes, it could be done. The dream could come true, with work and sacrifice.

But the undercurrent of the book is what's interesting - the dream behind the dream. There's a yearning there, in an America of race riots and Viet Nam and polluted air and water, for a simpler time that might really still exist. It was a hope that the calendar's pages, ripped away in passing days, could somehow be restored.

It's something that a lot of us are looking for. The hope that somehow we can find a place - not just in our minds - where Lady GaGa and American Idol and the Taliban and the Internet can somehow be persuaded to dissolve into the formless void of the future, and we can live, once again, those half-forgotten days when values were solid and adventures weren't virtual, and there seemed to be something great just over the next sunrise horizon.

There are still places like that. We call them National Parks, and they are perhaps the greatest gift that any government ever gave its people.

You can take a boat into the Everglades, and see a river of grass 150 miles wide and two feet deep, populated with alligators that would be as pleased to invite you to lunch (your treat, get it?) as were their ancestors when De Soto wandered lost through the Southeast.

You can hike from one rim of the Grand Canyon to the other, and live a timelessness that's simply eternal. (Well, aside from the green ribbon of the Colorado River...it's green because it's fed by water from the lower depths of Lake Powell through the penstocks of Glen Canyon Dam. It should be red...that's why it's called 'Colorado', after all!)

You can walk through the Painted Desert in Petrified Forest National Park, across the wide empty land to Pilot Rock, with just the sound of the wind, and your own boots for company.

America has changed, and perhaps Mr. Bach's Midwestern havens are culturally closer to a Chicago suburb that they are to the Norman Rockwell ideal he - and we - still seek. But it's good to know that there are still places where time's been persuaded to stand still, and we can still dream adventures to match our daring.

We joke about you a lot, Uncle Sam. But this one, you got it right. Thanks.
Posted by Andrew at 11:35 PM