What Was My Name Again? 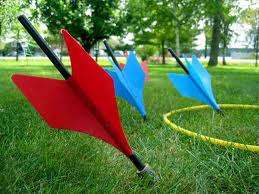 You have a name. So do I. I hope you like yours, because you're pretty well stuck with it.

Last week my wife drove a new Chevrolet, the Cruze. This model replaces the Cobalt, which is a metal and a lovely deep shade of blue.

But what's a Cruze?

Some names are pretty straightforward, and place-names are among the most popular. You can take your Yukon to the Yukon, drive a Sonoma through California's wine country, or hope the shocks in your Sorrento are up to the cobbled streets of that Italian town.

The power of the animal kingdom has always had a draw. The quickness of the Mustang, the Gazelle, and the Impala are invoked, as well as the aggressiveness of the Viper and Cobra. The good-natured Pinto, alas, tended to immolate its drivers.

We might also metaphorically raise our eyes, and behold the Cirrus and the Stratus...or even higher, the Galaxie and the Nova (which was a tough sell in Spanish-speaking countries, as its name translates as "won't go").

Then there are the names which are somewhat hard to understand. The Edsel was named after Henry Ford's son...but with its clunky looks and toilet-seat shaped radiator grille, one wonders just what the boy had done to offend old Henry.

Perhaps a lack of originality is better. Was the Chrysler 300 the company's 300th design? No matter, because the 200 just came out. Perhaps they're counting backwards, though...

Or maybe they're past caring. The same problem and challenge plagues aviation, and has resulted in some memorable names (the Spitfire) and some howlers (Boeing's embarrassing new Dreamliner). But the prize for indifference has to go to England's Blackburn company, which in the 1930s produced a biplane of surpassing ugliness. In a shrug of the corporate shoulders, the called it the Blackburn Blackburn.

And, finally, some names find their own level. The General Dynamics F-16 received, with much fanfare, the stupefyingly silly name, "Fighting Falcon".

Everyone knows it's really the Viper.

But for a while, after a string of crashes in the 1980s, it had a different name.

The General Dynamics Lawn Dart.
Posted by Andrew at 12:30 AM