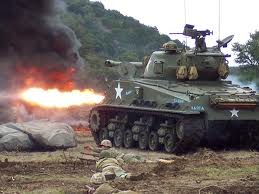 Just finished watching Charles Stanley's "In Touch" TV program. He was talking about the role of adversity in our lives, and he exercised the thesis that God either sends or allows adversity to help us grow, and to bring us closer to Him. He illustrated the talk with many examples from Paul's Epistles, to make the point that adversity can be a bridge, rather than an obstacle.

It's a good thought, but I was struck by a possibly unfair thought - this is a message for the suburban church.

A Christian with a strong and resilient faith can certainly face many of the 'usual' and 'expected' trials of modern life with the acceptance that they are sent or allowed for our own good. Loss of a job can lead one to be more sympathetic to the unemployed, and can lead one to develop new skills that lead to undreamed-of work and ministry.

Same thing with illness. Even something as horrific as the more deadly cancers can be seen as an opportunity for spiritual growth, I think because they also form part of the common experience of our world. We know people who have had cancer, and there's a significant chance that we will have it one day.

But what of situations that are so ghastly, so far out of sync with what we hope and expect the world to be that they seem to be the work of the Devil?

The Taliban, skinning people alive and sending the videos to Al-Jazeera.

The inevitable Christmas-Tree fires that result in children having third-degree burns that kill them slowly.

And even World War Two, the "Good War"...a rose-tinted euphemism that blithely sweeps away the ruined lives, the shattered hopes that were the price demanded for the free, and often frivolous world in which we live today. There is no Good War, save in its outcome. All battle is slaughter, and glory is as distant as the Moons of Mars.

These few examples embrace pain and fear that are unimaginable to anyone who hasn't been there, and to claim any edification from these is, from a non-initiate, the height of effrontery.

And to think of a God who would deliver up a child to the flames, or a teenage soldier to the knives of tormenters, is terrifying.

I don't have any answers, but what has helped me is seeing God as being there, arms outstretched, to catch and make whole again my shattered remains. A God who hates these situations with the strength that only Divine wrath can achieve, Who is determined to somehow bring something of value from a world in which He alloiwed free will, and thus the suffering we face.