I'm not too good at funerals. I've been to one, and had to organize the obligatory hors-douvres-and-long-faces get-together for the old boy afterwards, at my house.

I had to give a eulogy. Couldn't think of anything better to say than, "Well, he died with his boots on. Cheers, mates."

And the get-together went pretty well, really, everyone sitting round and eating and exchanging sad stories about how they'd never see old-so-and-so again...until the hippie I hired to watch the dogs let them out of the back bedroom. She apparently needed a cigarette break. Don't now what kind of cigarette, no.

So four rather large and definitely hungry dogs charged down the hall, cleared the cocktail tables of food, and flooded out into the cul-de-sac, jumping into and out of cars (through fortuitously open windows) and dodging both epithets and hands for half an hour.

All in all, a great time was had by all. Or at least by me and the dogs.

Why yes, this was before Barb and met. However did you know?

So, having had a near-death thing last week and being on the short side of awful since then, I've thought a bit about my funeral. Not that I am likely to have one; I keep telling Barb she has better things to do with money than buy and bury a box on land that could better be used as a tactical shooting range. I suggested a modern Viking funeral using tannerite, one last way of saying "He's been all over!" Barbara was not amused. (Tannerite is a quite legal binary explosive, used in exploding targets.)

But still, there may be a memorial service, and I hope it's like a Southern Sunday...Bible reading, fried chicken, good music, and shooting guns. 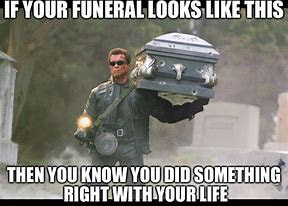 And NO LONG FACES, NO TEARS!

Well, at least not until the beer runs out.


So, having mentioned the Foo Fighters, let's give Walk a listen...

And, some of you may know that I had a lash at cutting Barb's hair...here's the result... 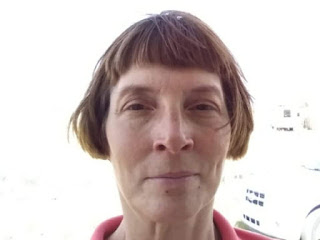 Please pardon my slow response to comments. I do my best, and your comments are really precious to me.

I'm grateful for the energy to have written this. I'm so glad Barbara's stepped in. I'm really not doing well at all.

Thanks to Carol Ashby, Blessed Are The Pure Of Heart is back on Kindle, and will be available in paperback soon.

Friends are everything. I couldn't have done it.